ALL ON A MARDI GRAS DAY 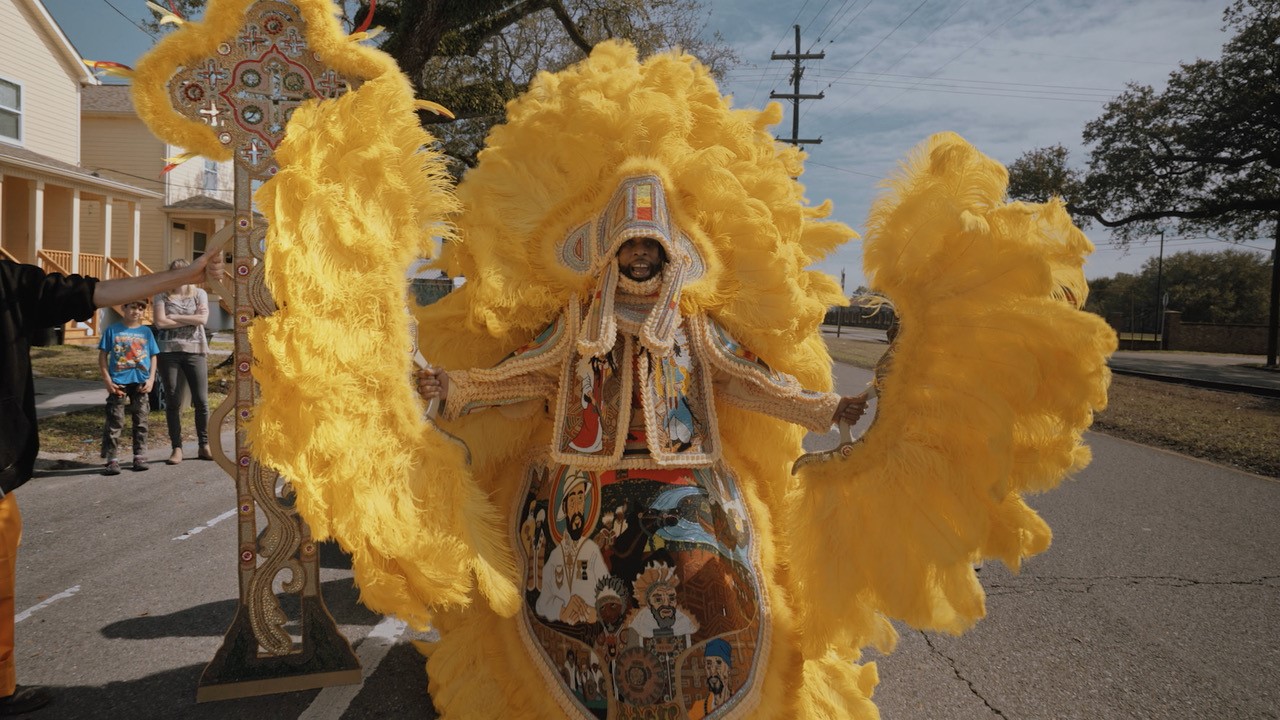 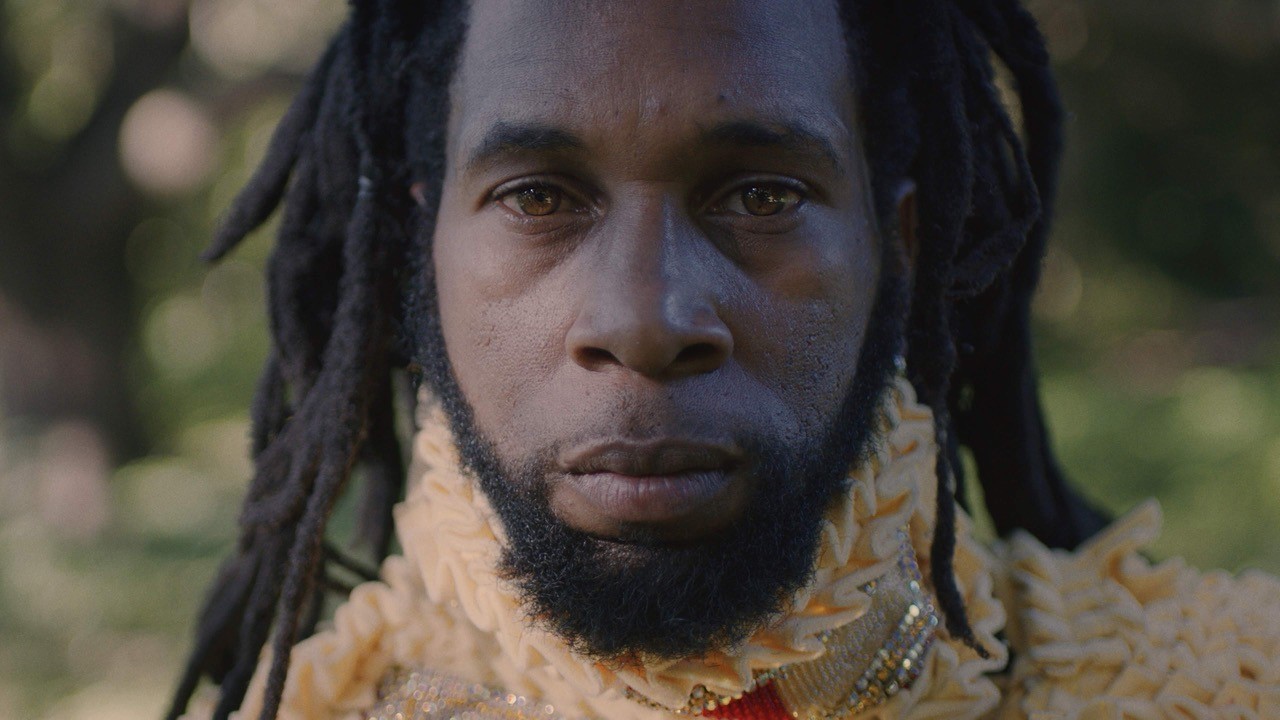 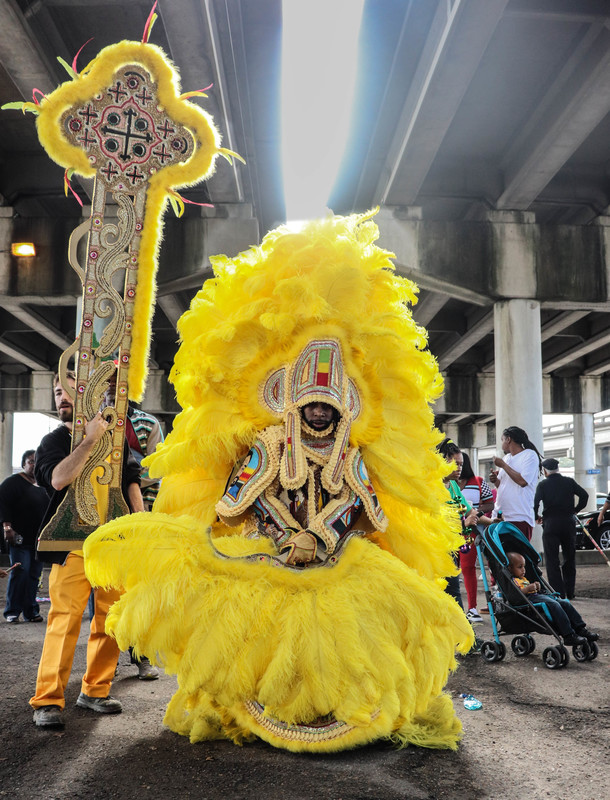 In a gentrifying New Orleans, Demond sacrifices to be Big Chief in a secret 200-year culture known as Mardi Gras Indians: African-American men from the city’s roughest neighborhoods who spend all year sewing feathered suits they’ll wear only once, in a battle to decide who’s “the prettiest.”

Behind the drawn shades of a run-down home on the outskirts of New Orleans, Demond Melancon is creating a masterpiece: an extravagant suit made of pleated velvet, yellow ostrich feathers, and beaded patches so detailed they look like oil paintings. When it’s done, it’ll weigh 100 pounds, contain nearly 1 million individually sewn beads, and make him 10 feet tall. He’ll wear it one time, then start the whole process again. All on a Mardi Gras Day is an intimate portrait of one man’s obsessive journey through the secret 200-year culture known as Mardi Gras Indians: African-American men who spend all year making feathered suits to honor their runaway slave ancestors and the Native American tribes who housed them during their escape. Every morning, Demond wakes at 5:30 and sews until midnight.

His relentless sewing costs him his job each year, but he still finds the $8,000 in materials to complete his suit. His tribe -the Young Seminole Hunters – represents the Lower Ninth Ward, the mostfamous casualty of Hurricane Katrina. Ironically, its time under the mediaspotlight only accelerated gentrification, and Demond’s been pushed to thesuburbs. What is so important about the Indian culture that he is willing toendure these sacrifices?Through privileged access to his sewing room, normally off-limits to non-Indians, we learn about Demond and a troubled past that might answer that question. Everything builds to Mardi Gras Day, when hundreds of Indians from all over New Orleans present their year’s work and confront one another in peacocking battles to decide who’s “the prettiest.” But in a city struggling with poverty, drugs, and violence, just finishing your suit, let alone making it to Mardi Gras, aren’t guaranteed. And when something goes wrong on the big day, Demond’s year-long efforts may be in jeopardy.

My wife is from New Orleans, and five years before we’d get married in that city, I visited for the first time. I discovered a lot of things: southern hospitality is real; my hometown Seattle isn’t the most musical place in the US; and it is possible to eat three dozen oysters by yourself. But my most memorable discovery was when, amidst a sea of revelers at Jazz Fest, I saw an African-American man, standing 10 feet tall in a lime green feathered suit, yelling at the top of his lungs “I’m the prettiest!” Another rose from the crowd, this one in purple feathers.

Then another, in canary yellow. Then bright red, hot pink, glowing orange. The suits were not subtle. Neither were the men wearing them. It seemed little more than theater; boastful attention-grabbing wrapped in a colorful package meant to draw more tourists to a city that relies on them for survival. I thought, “That’s bad-ass, but what on earth are they doing?” The more I learned, the further down the rabbit-hole I fell, and knew I had to make a documentary set in this 200-year hidden culture. I was less interested in exposition about the Indians; I’m not sure it’s my place, as a white guy who’s not even from New Orleans, to tell that story. I wanted to focus on one person and their obsessive journey to complete their suit. Why do they do this? What sacrifices do they make? What is the collateral damage to their lives, and those around them? I met Big Chief Demond the day before the first of 8 total shooting days.

With a less charismatic character, the lack of prep or rapport-building would’ve hurt the film, but from our first meeting Big Chief Demond’s passion for the culture, its meaning, and what it did for his life, was so strong that the story was bursting out of him.We’re so excited to share All on a Mardi Gras Day with an audience, and hope we’ve done a decent job communicating all its layers: history, beauty, art, social commentary, and irony. The irony of strong black men sewing feathered suits, beating their chests and confronting one another with shouts of “I’m the prettiest!” We hope All on a Mardi Gras Day film sparks conversation, offers a unique lens on the black experience in America, and contributes in some small way to helping us understand one another. 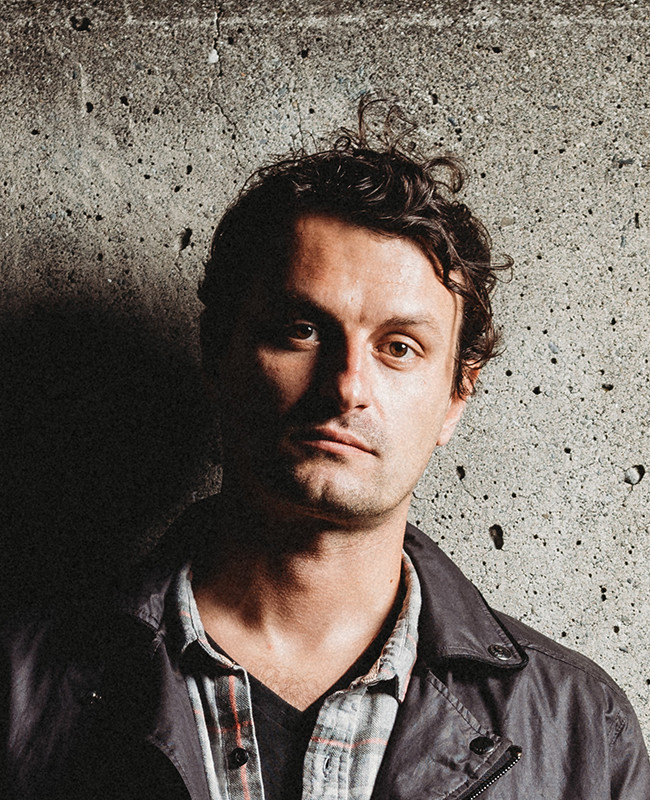 Demond Melancon was born in New Orleans and raised in the historic Lower Ninth Ward by his mother and grandmother. At the age of 13, he began learning about a hidden subculture known as the Mardi Gras Indians of New Orleans. He was initially granted access to this culture by an influential elder named Big Chief Ferdinand Bigard, who not only taught him how to create intricately beaded suits, but also taught him about their sacred traditions and rituals which date back to a two century bond formed between runaway slaves and Native Americans.

Because of the struggles that Demond faced as a young black man growing up in the Ninth Ward with no father, he found refuge with the Mardi Gras Indians. From the late 1990s to 2011, Demond held a position known as Spyboy for the Seminole Hunters, a tribe based in the Lower Ninth Ward. In 2012 the elders of the Mardi Gras Indian community declared Demond would be known as Big Chief Demond of his very own tribe called the Young Seminole Hunters. For over 26 years Demond has been carrying on an important tradition to serve the needs of this tightly knit spiritual community.