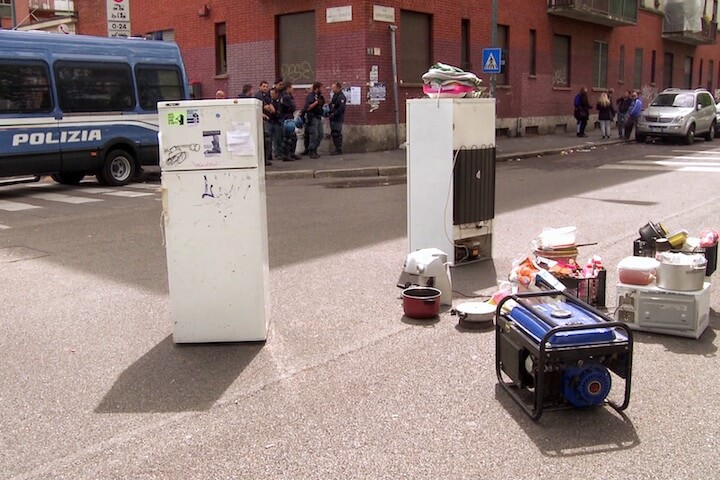 Cast Out of Paradise is the story of a middle-aged Ecuadorian squatter who makes his living from
selling ice lollies in the suburban areas of Milan. With more than 24.000 families applying for council accommodation and thousands of empty unlisted council houses, Milan is facing an unprecedented housing crisis. Cast Out of Paradise is a private look into the daily life of Olmedo and the community around him. A community that wasn’t supposed to be there but that it is actually more united and supportive than many other wealthier communities.
Being told that he is “too old to work” Olmedo decided to make a living by selling homemade ice lollies at the local parks. The fear of eviction is always around the corner and every time a police car comes around many squatters get very anxious but without anywhere else to go, Olmedo decides “to remain despite the fear”.