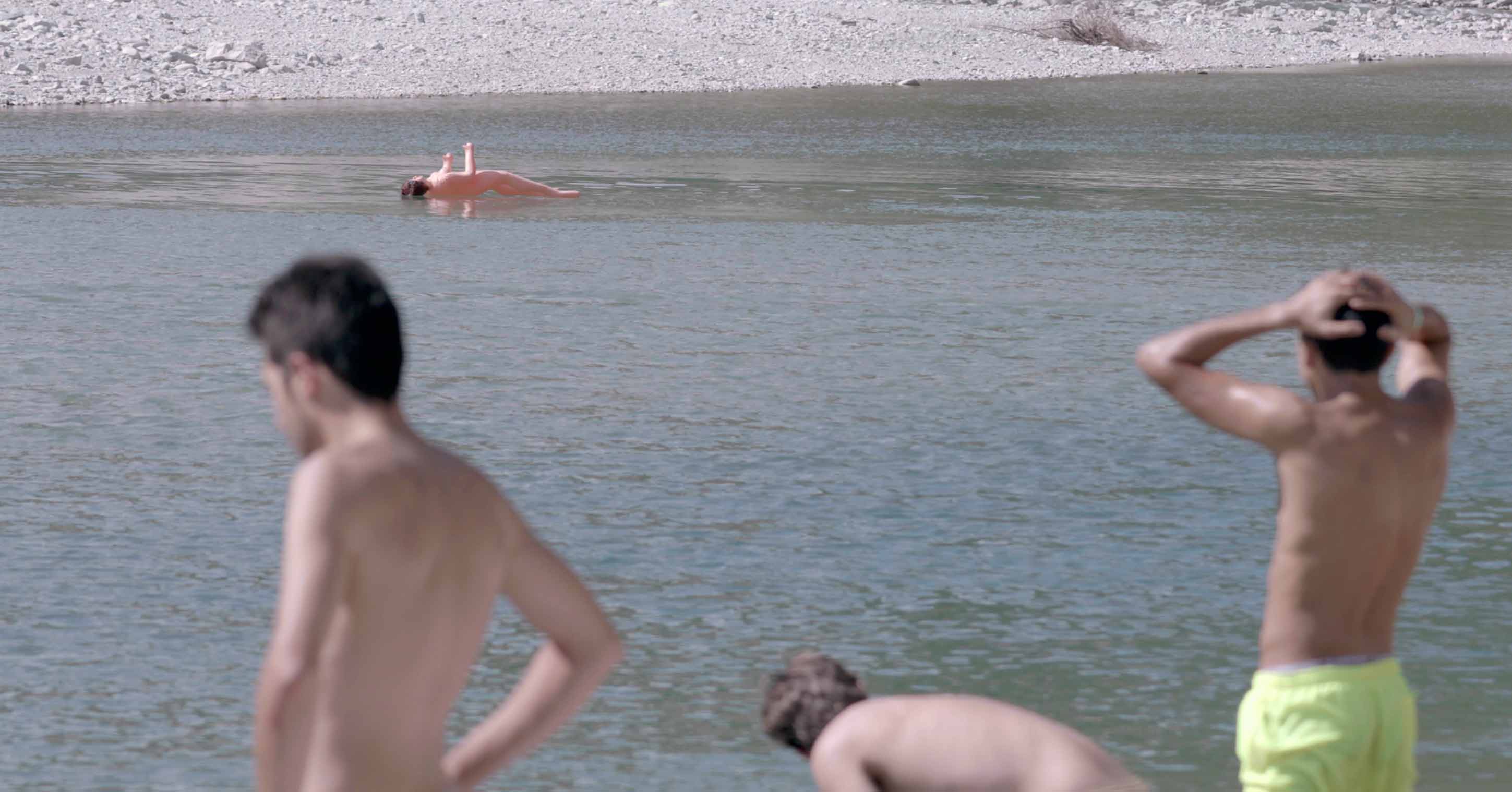 English title: Beyond the river banks

Production: Mirage Produzioni with the support of Veneto Region, in association with Rino Mastrotto Group spa and Estel Group srl according to the rules on Tax Credit.

Beyond the Banks is a choral film. A fresco with characters who inhabit, live or frequent the territory along the Piave River. A couple of young shepherds – Valentina and Emanuele – lead a flock of more than a thousand animals, always on the move following the unchanging rhythm of the seasons and the iron rules of transhumance, which we follow until the birth of their firstborn son.

More than fifty years have passed since Giampietro and Franca Maschio opened Italy’s first sex shop in ’69. Giampietro passed away a few years ago, and Franca now lives in worship. A fervent Catholic, she keeps a little altar in the living room, takes care of the chicken coop at home, and personally oversees the store. She considers herself a well-wisher for helping many people fulfill their otherwise repressed erotic desires. Somehow their stories provide a counterpoint to the overbearing history that the river imposes with its past. In fact, the Piave River is well known for being the final and victorious resistance front against the Austro-Hungarian army in World War I. Myth and memory that are renewed and-as is well known-often take on the tones of farce. Commander Zanardo, rebuilds fighter planes and organizes commemorative events; Davide, a young retriever who with his family is the only inhabitant of Monte Grappa, writes books about the war and accompanies groups of elderly people to the sites of bloody battles; the Bersaglieri fanfare practices along the river course. Another event has also deeply marked the history of the river, it is the great landslide that fell in the Vajont Dam basin, creating a gigantic wave that poured over its course, sowing destruction and death. Cousins Sergio and Giovanni are survivors of the disaster and live in a new town built especially for evacuees. They often return to the places of their childhood before the disaster. In the background and in the constant cycle of the seasons move other characters such as the mysterious violinist who appears aboard a boat, the old river fisherman who laments the shortage of fish, and the elderly customers of the Albergo Trieste – a facility where time seems to have stopped in the 1960s. The film is studded with symbolic places and small and big events: the dams and springs, mass tourism, the small beaches where bathers take refuge from the summer heat, the Giro d’Italia with its ephemeral procession. And the flood that everyone is involved in, second only to that of ’66, which submerged hundreds of homes, including the little house along the Piave River where Goffredo Parise lived and in which he wrote the Sillabari. 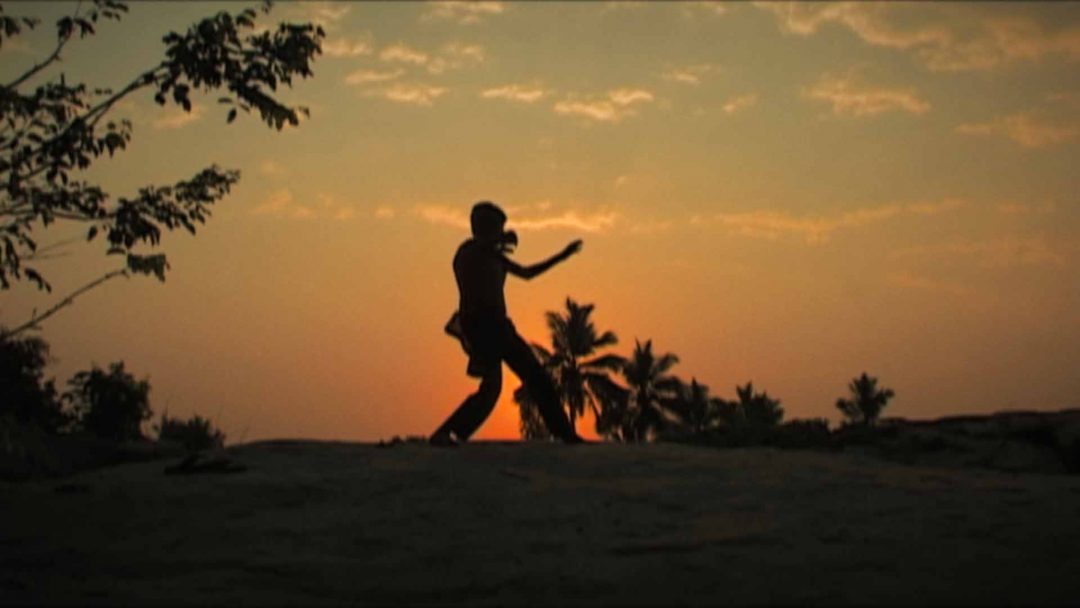 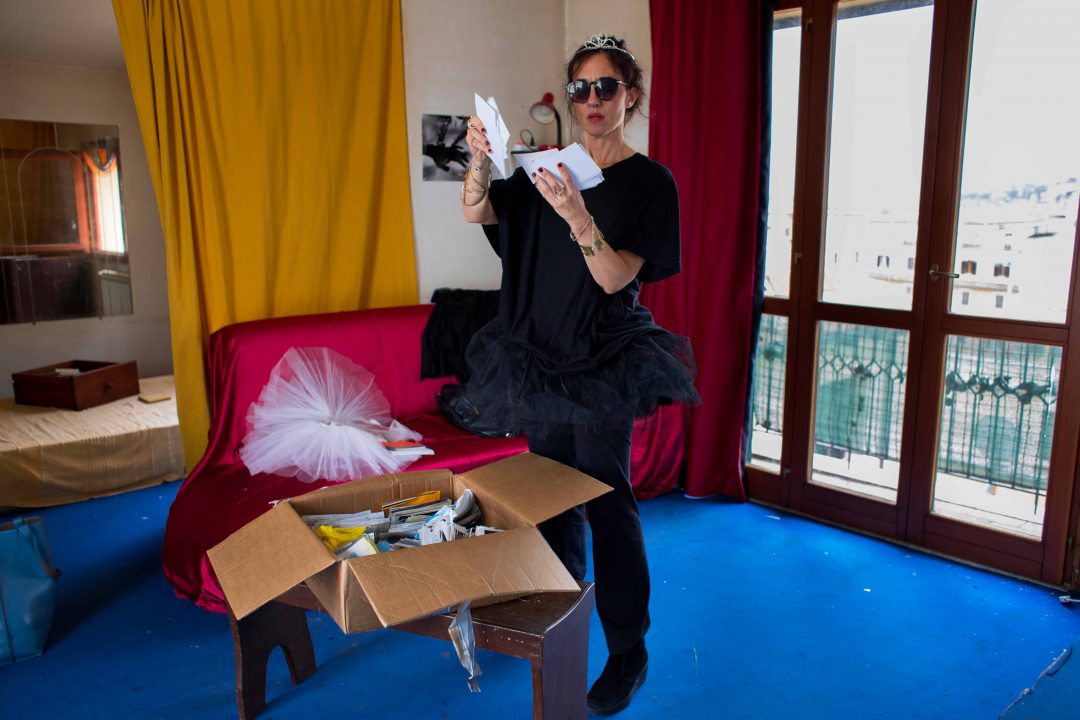 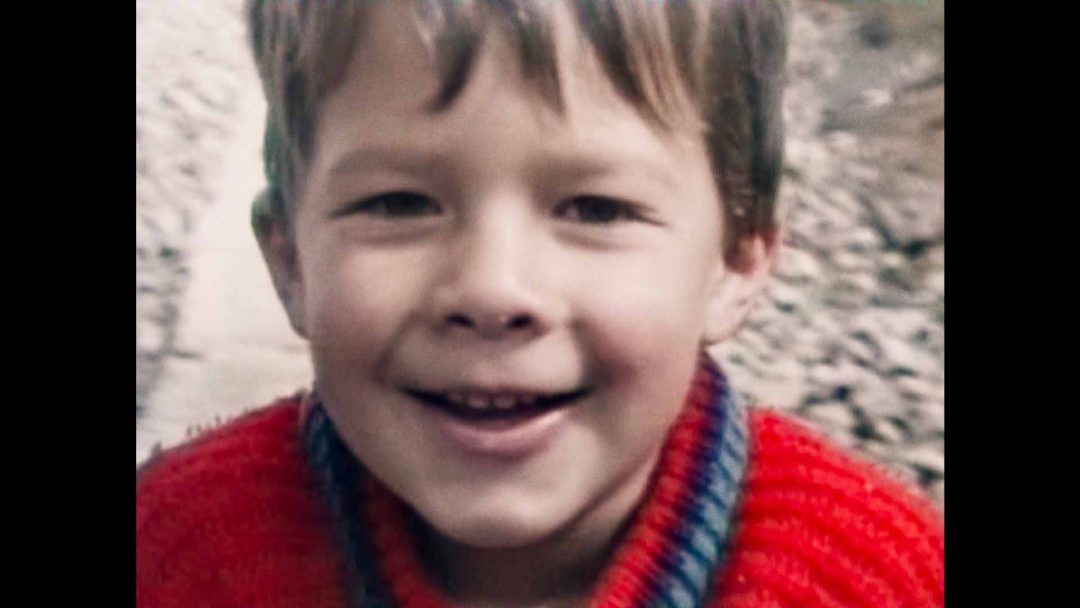 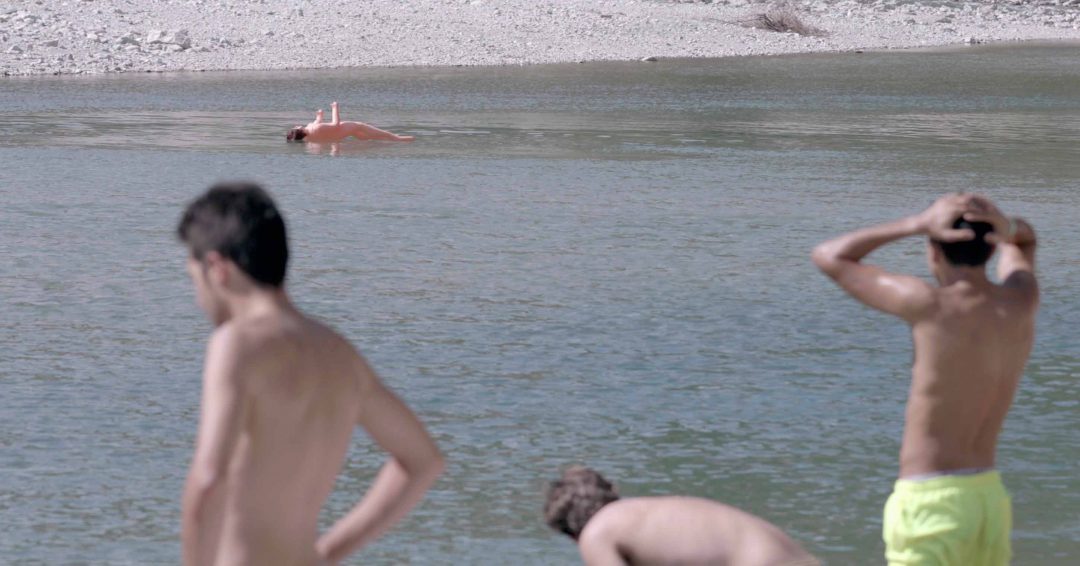 The Piave River, the river sacred to the homeland, was the scene of bloody clashes during the First World War World War and witnessed, in the 1960s, the greatest catastrophe of the 20th century caused by man in peacetime: the Vajont disaster. Today the river seems a weary hero and hardly murmurs anymore, drunk as it is by one hundred and twenty-one hydroelectric power plants, absorbed by agricultural crops in summer, and by the snowmaking in winter. In recent years, a series of events has led me to meet some of the people who live along its course, and to reflect on the impact of the historical geographic context on their lives. A context whose real features often become blurred, crystallized as they are in different eras, and where past and present coexist in sometimes inexplicable balances. I began to collect other stories, traveling the two hundred and twenty kilometers along the riverbanks several times, from the mountains to the sea.

A composite fresco of a part of the territory thus materialized in a journey that was sometimes realistic, other times dreamy, as life is after all. The palette of the film is very broad, as wide is the spatial arc taken into consideration: the mountainous areas are contrasted with the plains, the mountains to the sea, nature to artifice, beauty to the grotesque, the past to the present. A film that “observes,” without interviews or voice-overs, and in which observation is only the point of departure. The lyricism of some situations is contrasted with the realism of others, in a kind of constant tension between the real and imaginary worlds, the boundaries of which often become blurred and blurred. The patient observation of places, atmospheric phenomena and characters in the course of the seasons, is intrinsic to the project itself. Stylistically, the immediacy of the handheld camera in closely following the characters in their daily lives is contrasted with more detached views – realized with the use of the telephoto lens – that allow a certain distance from places and situations to be maintained. A sort of “distant proximity” that allows for a purer and more selective vision. The images, while being current, are often timeless, sometimes cloaked in a metaphysical aura. 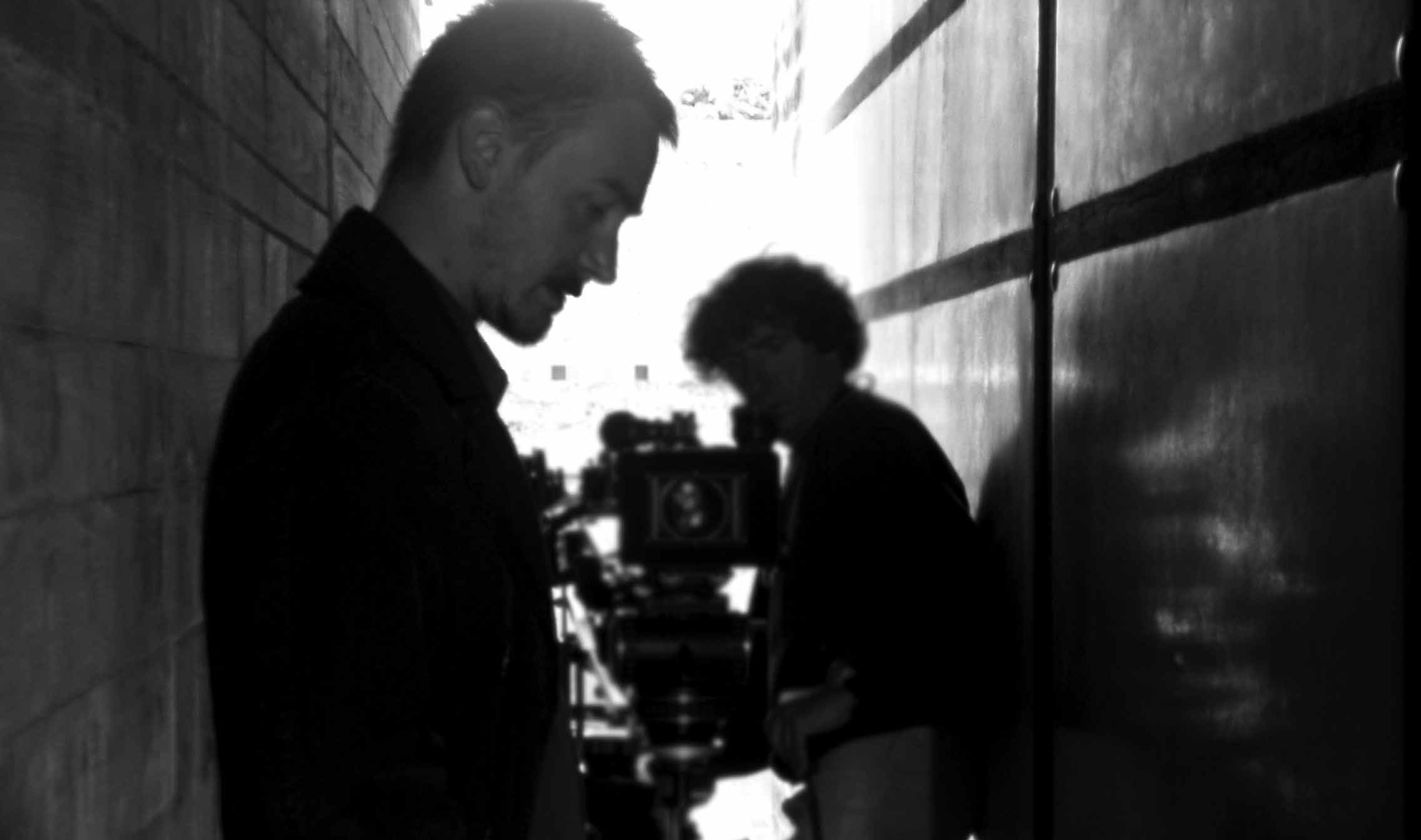 Art Cinema of Bergamo – 2007, Asolo International Art Film Festival – 2007). It is also presented in Triennale in Milan, Maxxi Museum in Rome, Academy of Architecture in Mendrisio (Switzerland), Royal Institute of British Architects (London), Ecole National de l’Architecture in Nancy (France), Keio University (Tokyo), Carleton University in Ottawa (Canada), MIT in Boston and Architecture University of Houston – Texas (USA), BigScreen in Kunming (China). In 2008 he made another film on Carlo Scarpa that was presented at the 11th Venice Architecture Biennale. In 2010 he presents in a special event the film “Winter Harvest” at the 67th Venice Film Biennale. In 2012 he curates the video installation for an exhibition in Bordeaux at the Musée des Arts Decoratifs and in 2014 at the Grand Hornu – Images Museum in Brussels. He makes a film on the Fluxus art movement, which was presented at the Venice Art Biennale in 2015. He presented two films on Carlo Scarpa at Palazzo Grassi at the Pinault Foundation and in 2016 he made photographs for the American publisher JoAnn Locktov for the book “Dream of Venice – Architecture,” which won the IPPY Award in New York in 2017.