One Day in Aleppo 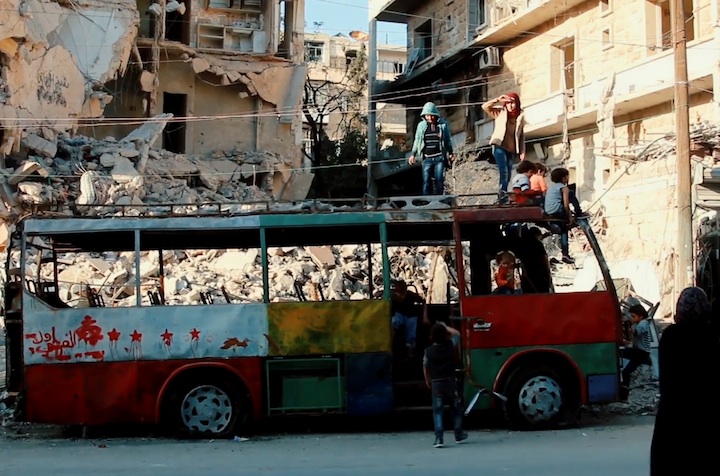 A devastated city by war, where daily simply tasks like getting fuel, water, food and burying the dead is an enormous challenge. A place where, there is nowhere to treat the wounded, since hospitals no longer function. But even after five months of suffocating siege and daily bombings on the city of Aleppo some people express their hope through daily endeavours such as a small group of kids with their paints, painting ruins as a game. This film documents such episode and other stories of civilians trying to have a normal day inside the besieged neighbourhoods of Aleppo. A city where: more than 280,000 civilians languish under a siege imposed by the Syrian regime and Russian forces, cutting off supplies and keeping daily bombings. One Day in Aleppo is a rough portrait of the daily survival of the civilians in Aleppo.