Four Roads is an impressionist diary, a mini study, which was made exactly one year ago during the first lockdown. It was unplanned and didn’t begin with a particular desire to make a film but more a desire to use up some out-of-date film which I had at home, and try to use an old camera, a 16mm movie camera, to get me closer to my neighbors, where my physical body couldn’t reach. I realized that by looking through the magic eye of my zoom lens I was able to achieve a closeness, which was at that time prohibited. Then many months passed and I actually forgot I had shot the film, but when I was finally able to develop the reel and saw the material which came back to me, I was surprised to see that during that walk in the area surrounding my house, there was a story hiding behind it, something which was very specific but also shared. Perhaps because all of us a year ago were forced to think about a closer horizon, to face a landscape that was nearer, of our neighbours and the surrounding area, and to reflect upon what we could learn from that circumstance, which was like that of trees: who are unable to escape danger and must face it head on, whilst standing still, instead of the quick escapes we are so used to in life as the animals that we are. 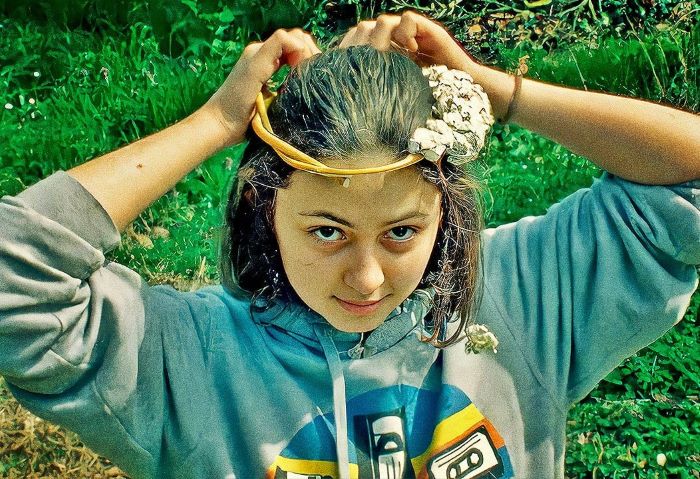