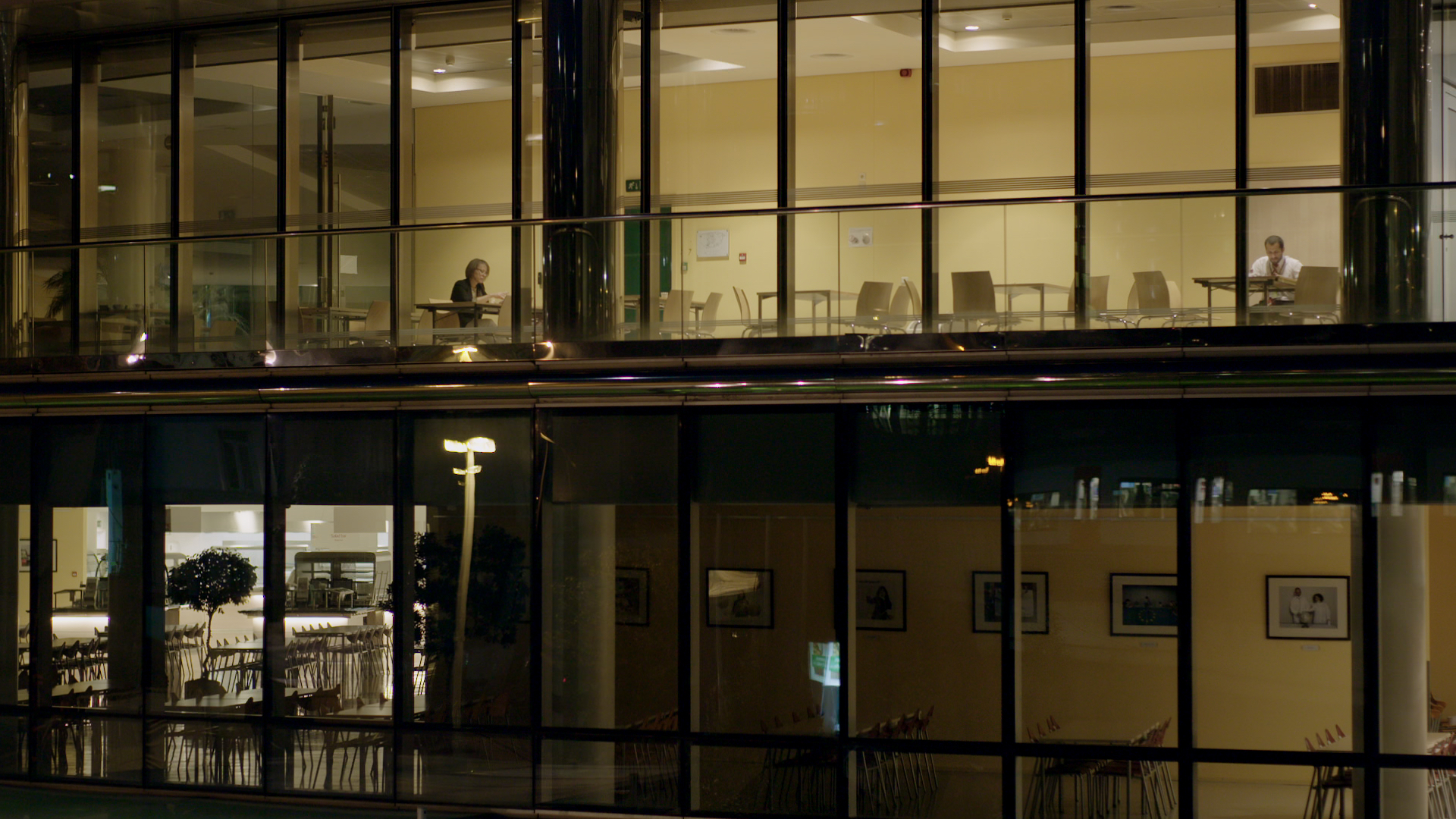 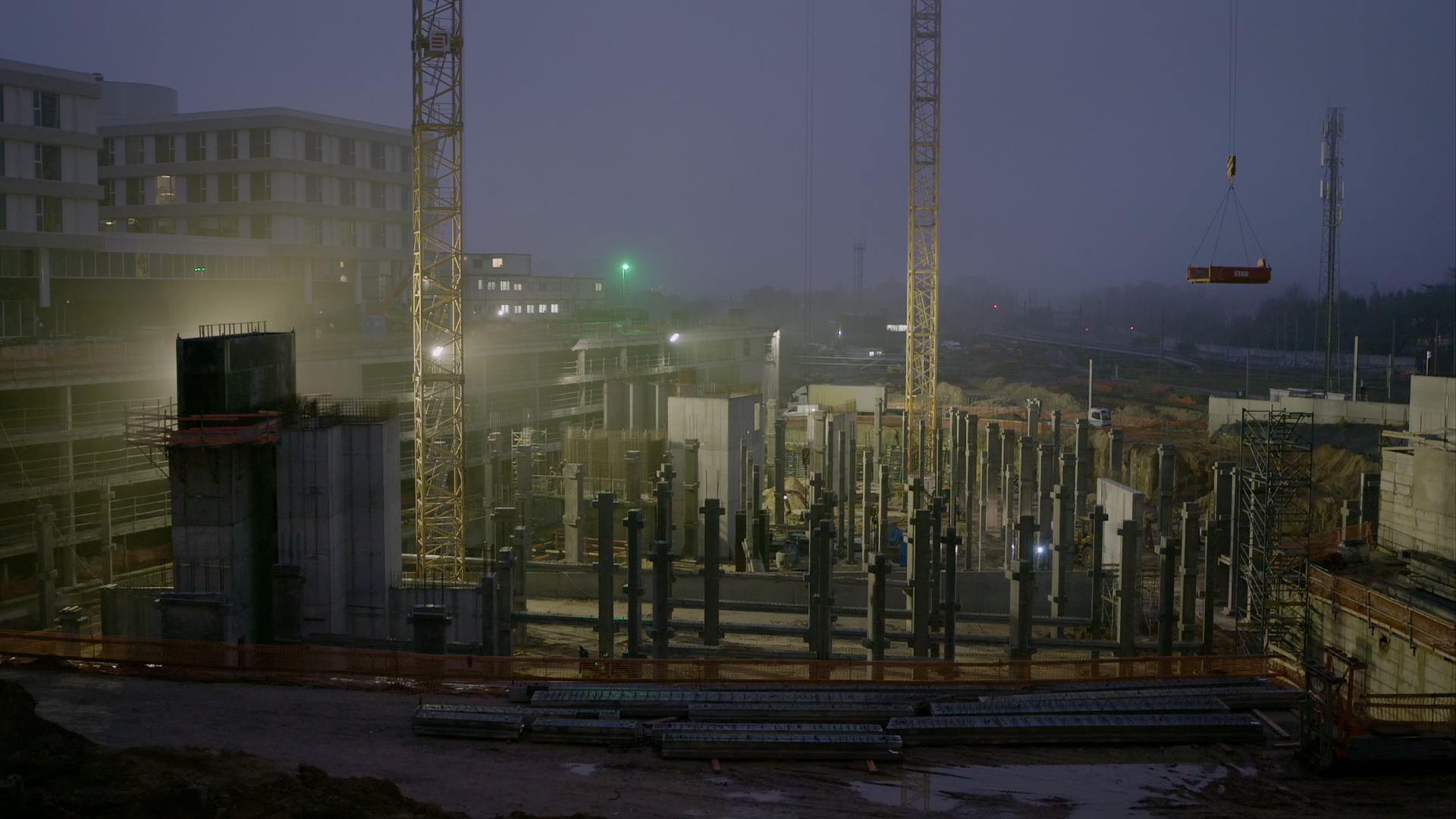 We know what labour wreaks on the body, but what less visible imprint does it leave on the unconscious? The nights of twelve dreamers – sometimes recounted in front of the camera, sometimes with a voice-over that accompanies shots of office buildings or urban worksites – reveal how the capitalist system invades the modern-day psyche. Long shots of edifices with smooth surfaces and sheer edges instil a deceptive gentleness. Zombies, corpses, mummies, ghosts, skulls sliced open like an egg and emptied by spoonfuls… The images follow one after the other, no two alike, but the editing organises a gradation towards the vampirism and an insidious passage from night to day, from dreams to real working life. Inspired by Charlotte Beradt’s book, The Third Reich of Dreams, Sophie Bruneau manages to take the viewer into the heart of the dreams that are voiced and interpreted, into their absurd but familiar world. In an admirably spacious canteen, a tracking shot finishes up on a forest soundscape; on an elegant glass façade, the passers-by change size as in a distorting mirror; on another, which reflects the regular passage of cars, the semi-darkness is pierced by the beam of an invasive torch. Not a shred of doubt: neo-management is watching over us. (Charlotte Garson).