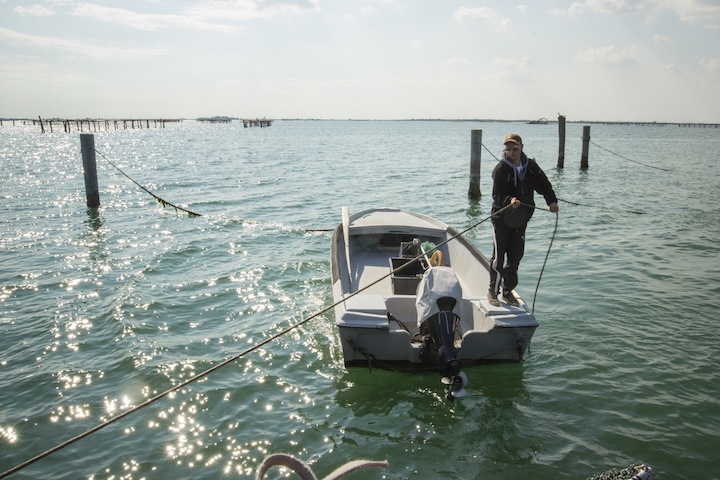 In northern Italy, there is an isolated lagoon, where the Po River flows into the sea. The local community lives between ancient traditions and modernity. Leandro and Vittorio are 20 and they have to work few hours at early mornings, to collect stinking mussels: they truly hate their job. At night, they meet their friends to jam rock music and smoke. Ludvilia and Armandina, the elderly generation, had experienced devastating floods and hard life conditions. They still take part in religious rites, hoping to prevent those adversities. At nights they go dancing or play board games to feels less loneliness. During nights, the silence of this limitless countryside is smashed by a dissonant music played by those guys. They are trying to run away from their destiny by composing a song. “Waste” is the title of the song: it recalls a universal and contemporary crisis.