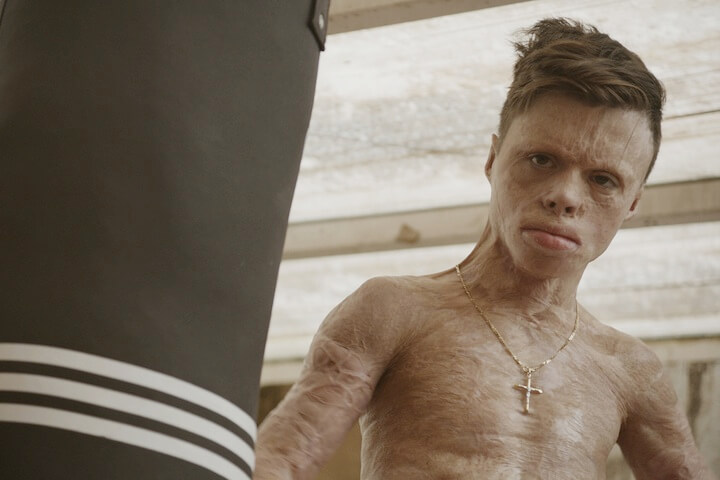 Aleixo is 16 years old, he’s a young kid in the middle of adolescence. He lives in Salt (Girona). When he was 9 years old he had a traffic accident inside a tank truck that his father was driving. His skin was burned in a 91%. Although doctors say it’s almost impossible to survive with more than 80% of your skin burned, Aleixo survived. Forty-two surgeries and two heart failures after, Aleixo’s going to
take his first adulthood decisions.
We are going to follow Aleixo during two years from the present moment until his 18th birthday. Heís going to struggle to accept himself and grow up as an ordinary teenager with the plus to fight every day with all that people who only sees his second skin.