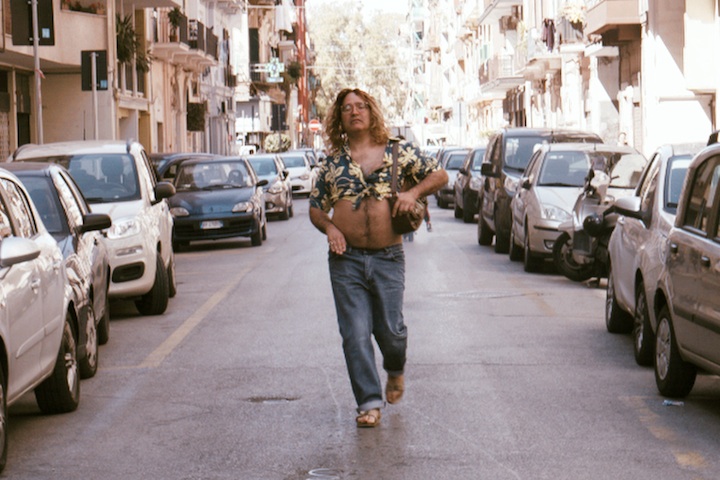 Varichina used to raise some money doing valeting without license in the streets of Bari in the ‘80s. Ugly, flashy, camp, he was well known for making coarse advances to every man coming across. He was homosexual; he did not do anything to hide this, indeed… Rejected by his family, mishandled by his lovers, his fellow citizens laughing stock, making himself a character to defend himself in a closed and deceiving town like the thirty years ago Bari. Who the man behind the mask was? In a tragic comical tale between reality and imagination, documentary and fiction, we try to tell his strain in feeling as a young maiden in an ogre body, looking at his bravery being true to himself against all odds.