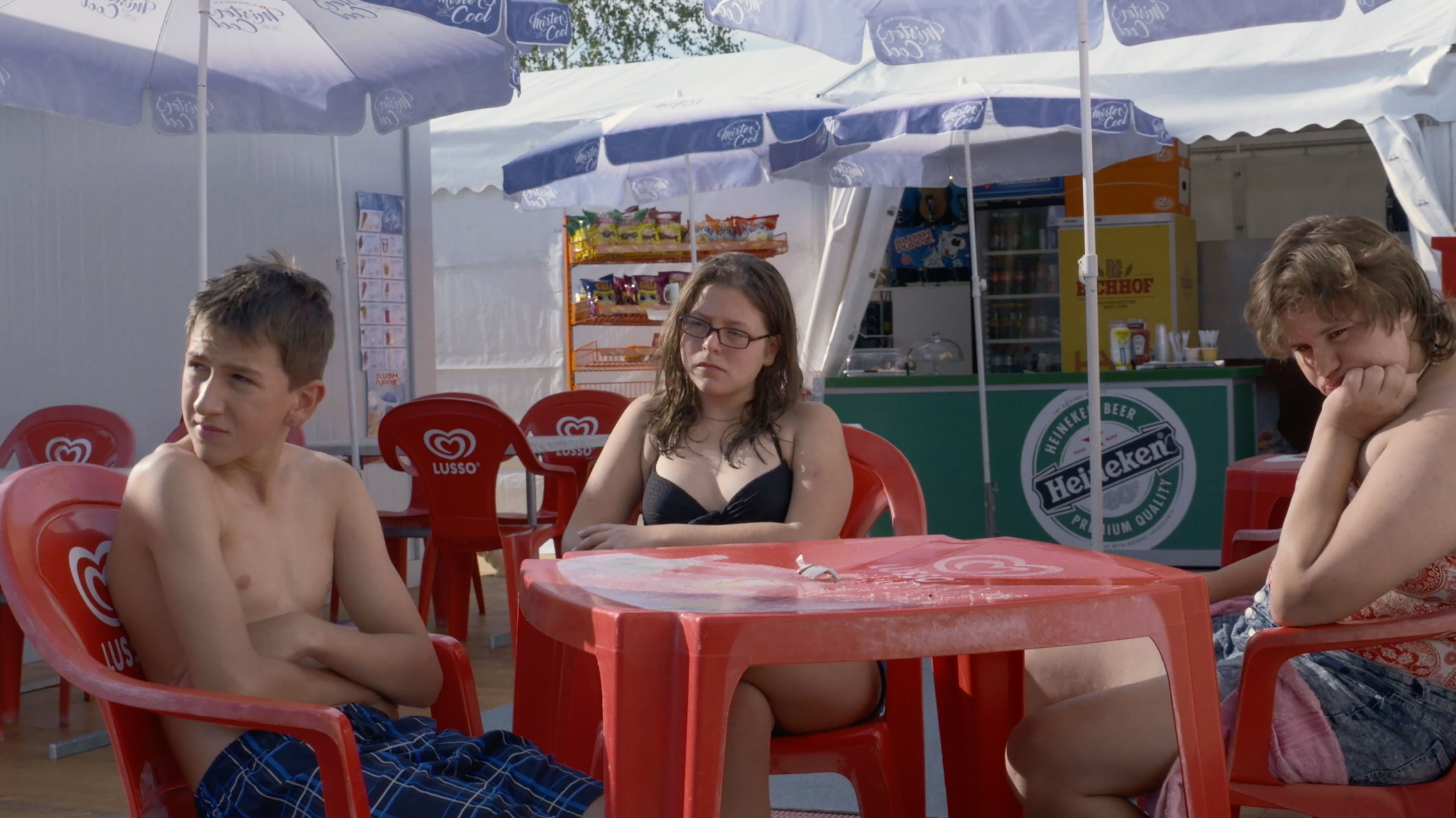 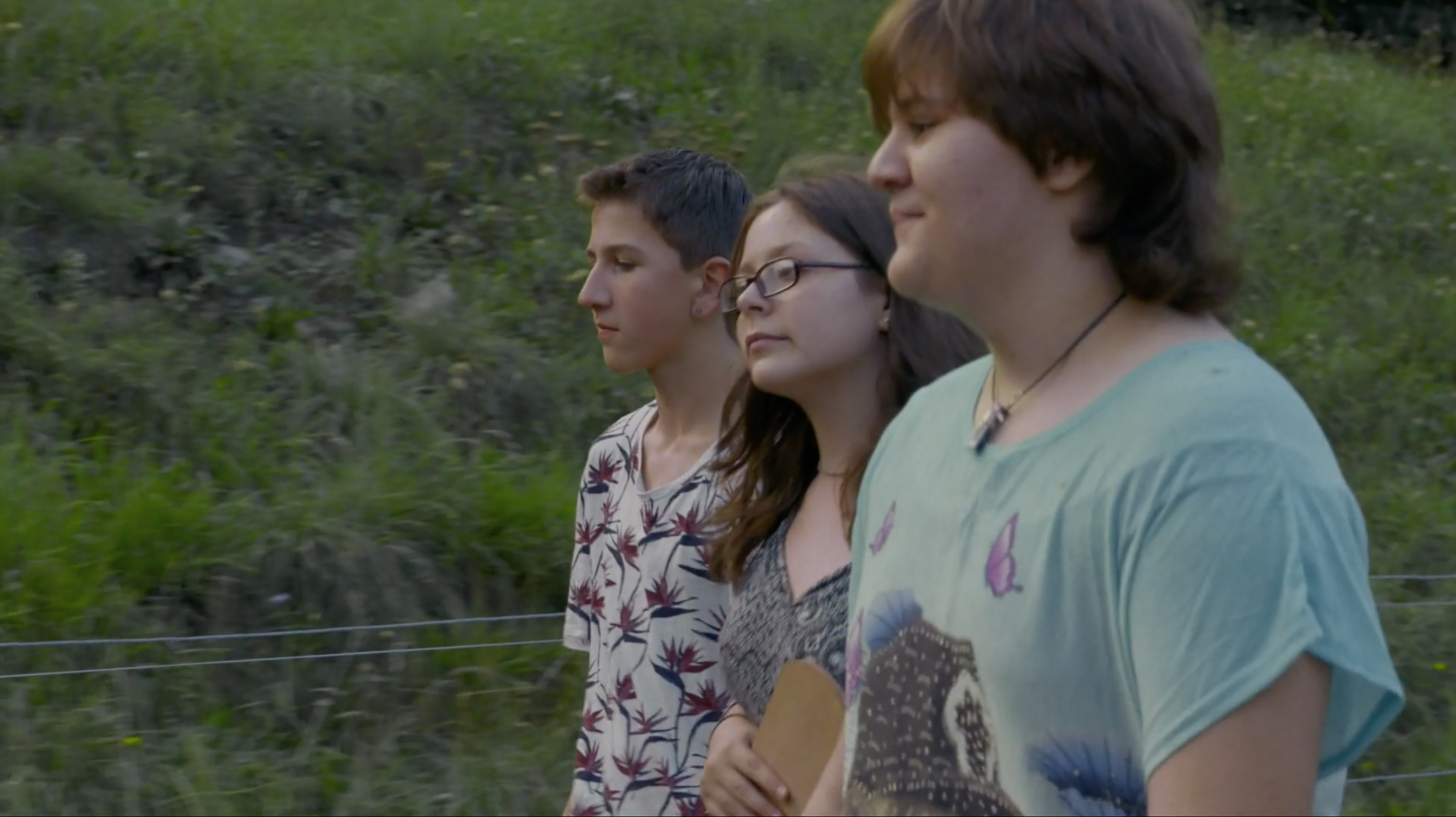 “Boys only think about sleeping” proclaims Lea to Saxana, loud enough to wake up Jonas, dozing next to her on the bus that is taking them to the destination of their school trip. From the pool to the lake, from the mountain to the countryside, from the campsite to the farm, the three friends fluctuate in their own way within the group and face up in turn to the challenge of being oneself in front of other people. On the fringes of the official programme organised by the adults, they succeed in turning this trip into an opportunity to explore the strengths and fragilities of the friendship that connects them—faced with the complex group and gender dynamics that reign outside their trio. Benjamin Bucher (Chasseurs VdR 2019) and Agnese Làposi’s film tenderly draws a portrait of three teenagers today in their different moments of representation and revelation before their friends and themselves. With benevolence and modesty, the camera infiltrates the intimacy of their gestures, games and conversations and, in these, manages to capture this particular state that is adolescence.

For our first collaboration, we received an invitation to follow and film a pedagogical project, we needed some time to settle into the class of nine teenagers. Only after a week and a half of traveling and filming did we realize that we would have created the portrait of a ‘Trio’. Filming the friendship between Saxana, Jonas and Léa, we found ourselves faced with something from our adolescence that has now escaped us: the three teenagers seem not to care what the adults, the camera or their companions think. Their relationship with friendship, love, sex, the world around them seems uninhibited, their personalities are crude, not (yet) compliant or influenced by the rules. Nonetheless, insecurities appear from time to time, suddenly.

We decided to immerse ourselves, thanks to the freedom that a school trip allows, into the complexity and richness of friendships. It is among these bonds that the challenge of being oneself is most flagrant and the way the three deal with it has become the focus of the film. Immersed in the ‘Trio’ we learned things, we were amazed and excited with our protagonists. The films are the portrait of this effervescence, which we should all treasure from our adolescence. 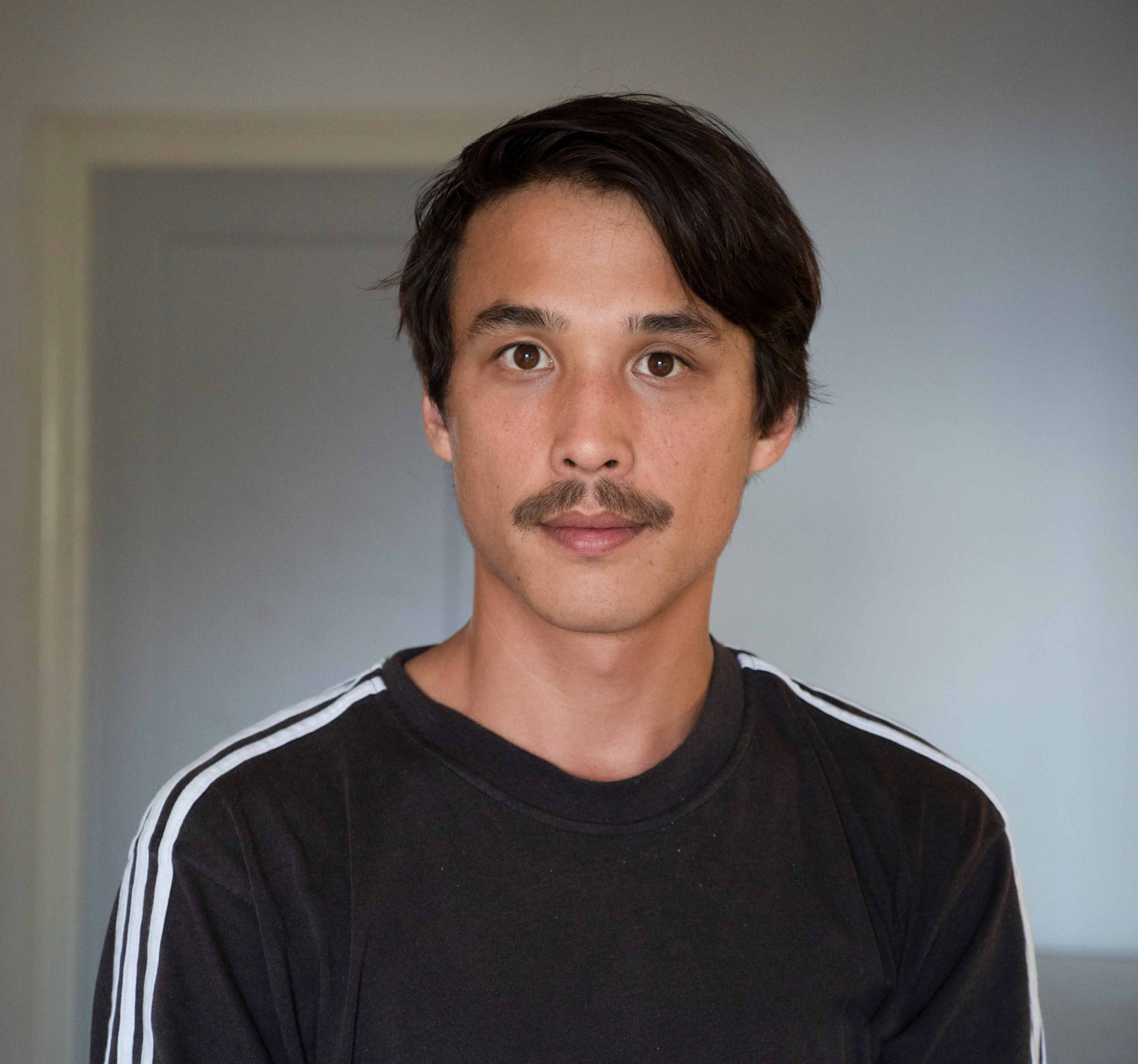 Born in Lucerne, Switzerland.
2008-13 Band member in different groups, works for the radio and in a cinema. 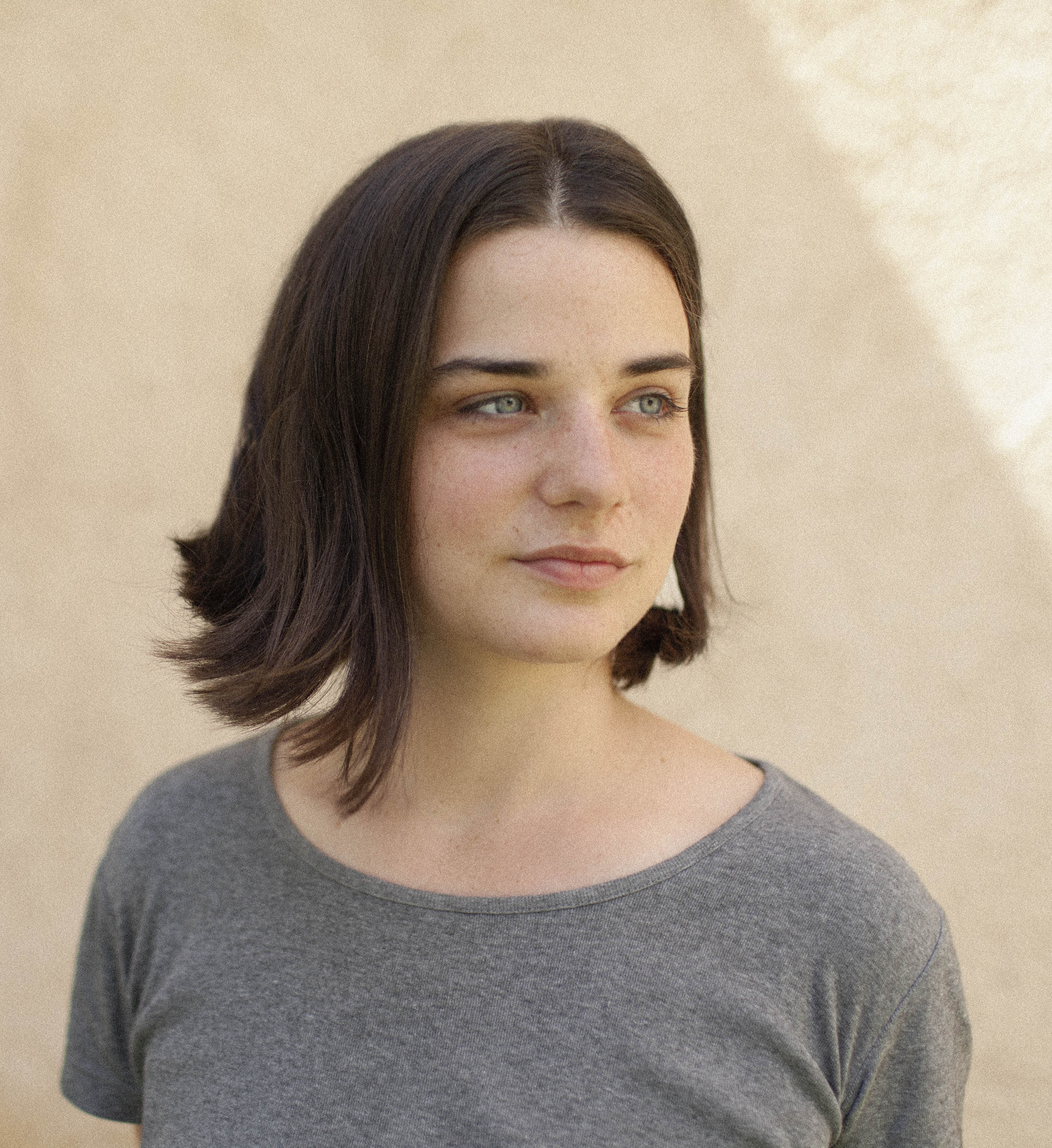